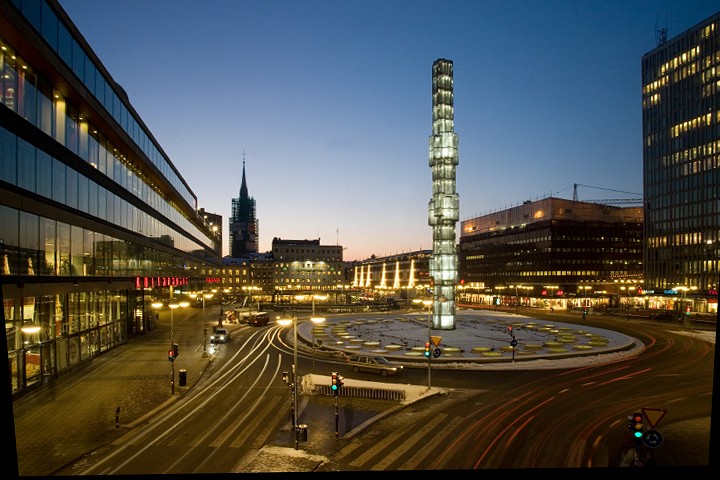 How does the Swedish youth see its role in Europe? This was one of the questions that “My Europe” asked at the workshop in Stockholm on 25 and 26 November 2014. Under the patronage of Professor Peter Englund of the Swedish Academy (which awards the Nobel Prize in Literature), 50 students of Hersby Gymnasium, Bromma Gymnasium and Ess-gymnasiet enjoyed two days of insights in European issues and journalism.

On the first day, Professor Astrid Söderbergh Widding welcomed the group at Stockholm University. From her colleague Elisabet Idermark, the teenagers learned about intercultural competence; and Pete Kinross from the European Centre for Disease Prevention and Control shared his knowledge about EU cooperation against serious cross-border health threats such as “bird flu” and ebola. Before the students aged 15 to 18 had the chance to discuss problems in Europe in a role game, Lina Grip of the Stockholm International Peace Research Institute gave a talk on European security.

The second part of the workshop took place at the editorial office of Svenska Dagbladet. Editor-in-chief Fredric Karen welcomed the participants and gave an overview of news on the internet and in print. Among the other high-profile journalists engaging in discussion with the students were Jan Almgren, Göran Eriksson and Björn Hygstedt – all award-winning journalists in Sweden.