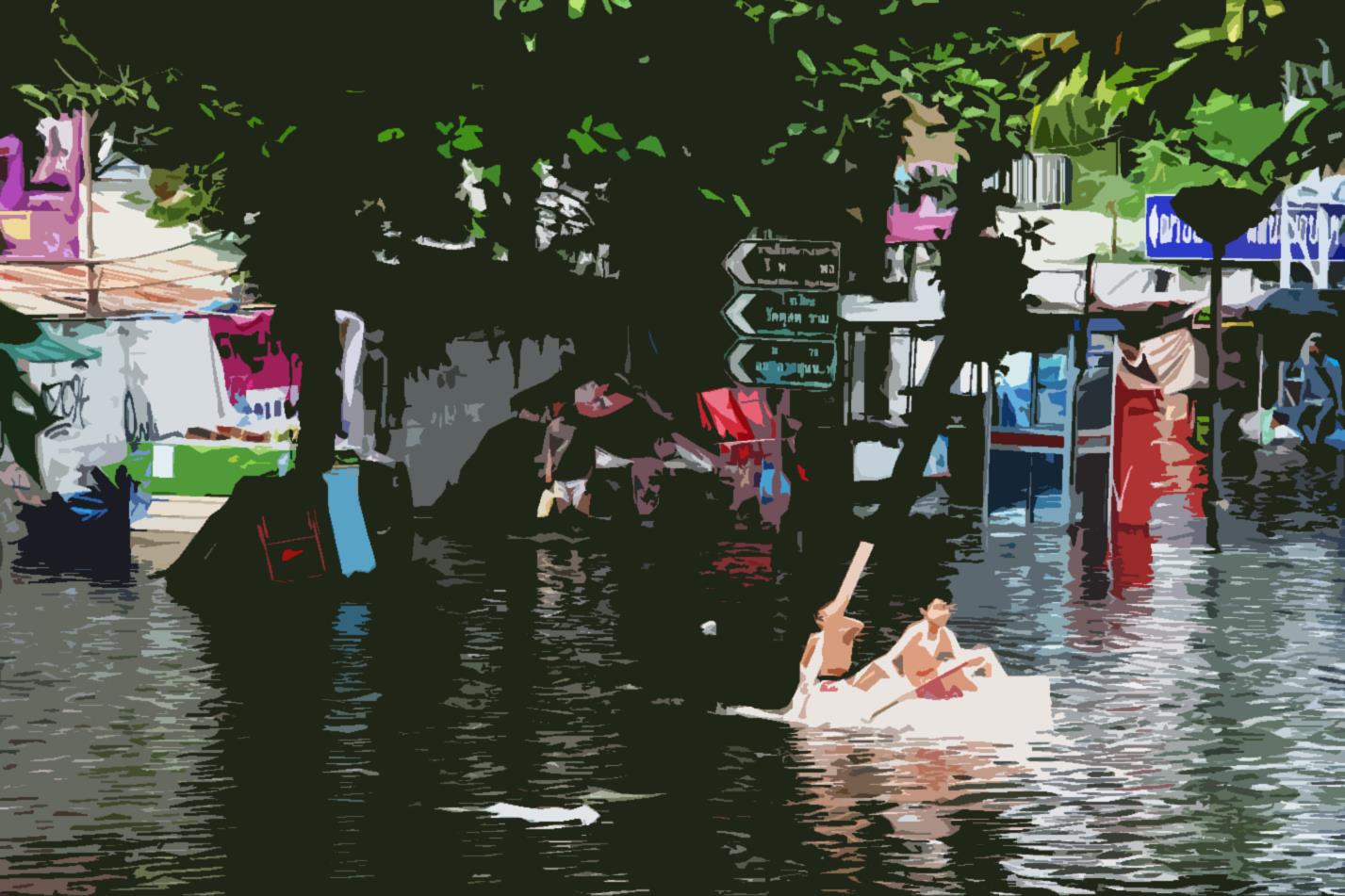 On 28th – 29th November 2016, My Europe 2100 e.V. launched its first “Revolving Workshop” in Bulgaria. The revolving system was designed by the founder of My Europe 2100 e.V., Prof. Dr. Manfred Pohl, and means the return of the association to the countries where it had already held workshops. With 100 young people from 4 different schools in Sofia, My Europe 2100 e.V. discussed the future scenarios of climate change refugees.

The former Minister of Foreign Affairs of Bulgaria, Dr. Solomon Passy, currently president of the non-governmental organization Atlantic Club, talked about the future of migration and its challenges of migration movements.
According to Passy, migration is increasingly treated like religion. There are “the ones who believe in migration and love the immigrants, and there are others who reject immigration and hate the immigrants. For Passy this is the wrong approach. Rather, immigration must be viewed as arithmetic, hence mathematics. The question must be how many people a country is able to smoothly integrate in a given period and to what the costs are. Furthermore, there should be selection criteria for immigration in the EU similar to the ones in U.S. and Canada, with the Green Card.
One of the students asked about the costs of the integration. Passy answered one should rather consider the cost of not implementing integration measures.
Passy is of the opinion that migration follows the rule of so-called “hot spot regions” where the migration flow is going for different reasons. For example, Irish nurses migrated to the United States and left a vacuum in Ireland, which is currently being filled by Bulgarian nurses. It is to be expected that this vacuum will be filled in Bulgaria by Indian or Pakistani nurses.

Passy emphasized that inclusive institutions determine the success of a nation. As an example, he mentioned the principles of the World Trade Organization, which are reflected in international agreements such as TTIP and TTP.

Ognian Zlatev, Head of the Representation of the European Commission in Sofia, spoke about the refugee crisis and the responsibility of the European Union for its humanitarian values ​​and the challenge of European unity.
An example in which climate change plays a role is the Syrian conflict, which was preceded by a severe drought. According to Zlatev, 1.5 million people migrated from the rural areas to the cities years before the outbreak of the nationwide protests in Syria. The reduction of subsidies for fuel and food by Syrian President Assad led to social unrest in the cities. As these were already overcrowded by internal migration, protests spread easily. The impact of climate change on society is therefore indirect but still immense. Zlatev argued much depends on how the politics of a country reacts to such environmental crises. Political instability thus played a decisive role in the outbreak of conflicts. Zlatev warned against climate change as a “threat multiplier”.

As climate change is hits poor and marginalized regions and communities the hardest, aid for developing countries and regional aid is crucial. The EU Development Fund had launched several projects on climate action. The EU’s objective is to spend at least 20% of its budget on climate action, meaning a total of 14 billion in 2014-2020. Finally, climate and development are inextricably linked.

The EU supports food security, as well as the protection of natural resources, next to the conversion of coal-based electricity generation to renewable energies based generation. Among others, the EU is active in Bangladesh, Ethiopia or Tanzania. Here, it provides resources and know-how to fight deforestation or helps building eco villages in Tanzania. According to Zlatev, climate refugees are not placed under the protection of international law, they are excluded from the definition of a refugee because they neither flee from political persecution nor from conflicts. The current refugee crisis, which has brought an unprecedented number of refugees to Europe, should be a wake-up call to the European States to finally work together on asylum matters effectively. Especially with countries such as Jordan, Lebanon and Turkey, which currently host more refugees than the EU as a whole, exchange is necessary. An extensive early warning system must also be created, which warns in good time of environmental disasters and thus reduces the damage caused.

Carolin von Janowski, Project Manager at My Europe 2100 e.V., hosted the workshop “dreamer, planner, critic”, where students were put in groups and confronted with a difficult issue. Their task was to find solutions in three steps. One pair of the group had to collect ideas; the second had to develop strategies for their implementation. The second pair had to criticize the implementation plan and analyse its flaws and problems. The students were enthusiastic about their concepts developed in their teams and all wanted to present their solutions.

Following this, Spiros Nomikos, Managing Director of Solvay Sodi Ad, gave a speech on the responsibility of companies in climate change. CO2 emissions would be released in masses without sanctioning, therefore some kind of sanctions are necessary, still the price per ton of CO2 is as low as € 6 at the moment. According to Nomikos, Solvay is actively involved in the reduction of CO2 and aims to reduce 40% of its CO2 emissions by 2025. In addition, Solvay works to replace lithium batteries in cars by more environmentally friendly batteries that are less toxic. Solvay is constantly working on a solution to reduce greenhouse gas emissions and is currently building a sustainable strategy for this.Founder of My Europe 2100 e.V., Prof. Dr. Manfred Pohl, concluded the event with future-oriented words, which his association stand for. Prof. Pohl emphasized that the 21st century will be marked by refugee crises which means that Asia and Africa will play a more central role in the future. Therefore he calls upon our world leaders to work together to tackle climate change.

The second day took place at the office of our new media partner, the Bulgarian newspaper “Monitor Daily”. There the students got first-hand information from the Editor-in Chief Lyubomira Budakova and several journalists on how a newspaper works and  how to write a good article.