Heidi ([birthday day=”08.11.2001″]) participated in the London Workshop in 2016. She is attending La Retraite School in London and also participated in the Get2Gather in Moscow in 2017. Her hobbies are reading, Netball and Languages and she would like to become a journalist.

My Europe is my future. 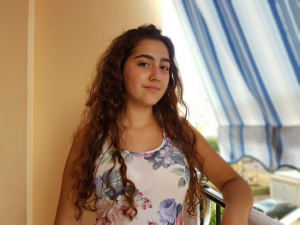