Artūras Zuokas was born in 1968 in Kaunas and graduated from University of Vilnius. He started his career as a journalist, covering the wars in Iraq, Chechnya, Georgia and Azerbaijan for British and Lithuanian media. In the early 1990s Zuokas became involved in entrepreneurial activities, among others in the real estate sector, retail clothing and electronic sales. Towards the end of the century Zuokas, seeking a new challenge, turned to the political arena and in 2000 was elected the youngest mayor of Vilnius in the history of the city. He held his post for two terms before moving on to national politics in 2007. In 2011 he returned to serve a third term as mayor of the Lithuanian capital. During his time as mayor he has pushed for the implementation of infrastructure projects and managed to raise the profile of the city. He has received several prestigious awards for his achievements as mayor of the city. 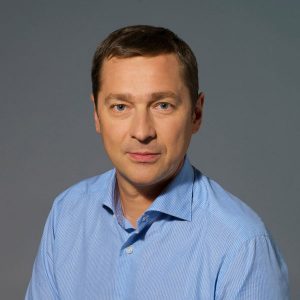