Sophia ([birthday day=”29.03.1996″]) participated in our workshop in Paris, France, in 2013. She attends the Science and Arts Department of Henri IV High School in Paris. In her future job she wants to have an impact on people’s life, as an ambassador for example. In her spare time she enjoys music and the theatre.

For me, Europe is…

…mightier. Every European country has common purposes and works for each and for all.

It‘s not the most urgent, but I think I would change the way Europe has an impact on the everyday life of its citizens, starting by spreading in the media not only the national news, but also the decisions and debates occurred on a European scale. In the long run, it will increase the interest and involvement of the European citizens for the institutions that work for them.

Member of the Working Group on Employment (since 2015) 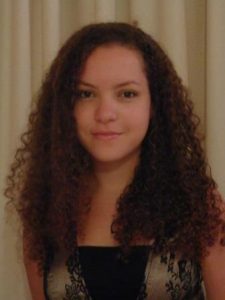