Prof. Dr. Manfred Pohl was born in 1944 in Saarbrucken. In 1965 he completed an apprenticeship with a local bank and afterwards studied history, philosophy, literature, and economics at the University of Saarbrucken, where he received his PhD in history in 1972 with a thesis about the banking history of Saarland. The same year he took the lead of the historical institution of the Deutsche Bank AG, a position he held until 2004. In addition he started lecturing economics, corporate history, and corporate culture at Goethe University Frankfurt and was appointed as honorary professor in 1992. Besides his academic engagement, Prof. Pohl has been forerunner and patron of various cultural initiatives. Manfred Pohl is CEO and founder of My Europe 2100 and the Frankfurter Zukunftsrat. Additionally, he is founder and Deputy Chairman of the European Association for Banking and Financial History (EABH). and Institute for Corporate Cultural Affairs. In 2011 he was awarded with the Verdienstkreuz 1. Klasse of the Federal Republic Germany for his charitable commitment in the European banking and financial sector. 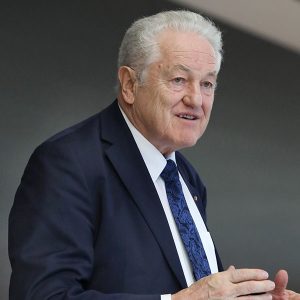