Peter Englund was born on 4 April 1957 in Boden, Sweden. He made a name of himself as a historian and writer before being elected to the Swedish Academy on 23 May 2002 and admitted on 20 December 2002. He has been the Academy’s Permanent Secretary since 1 June 2009. He studied archaeology, theoretical philosophy and history at Uppsala University, and received his PhD in History in 1989. His research focuses on Swedish and European history with a focus on the 17th century, and he has published his works in academia, for newspapers, television, and as narrative history books. Since 2001 he has been Professor of Historical and Social Narrative at the University College of Film, Radio, Television and Theatre in Stockholm. Among other honours he was awarded the August Prize in 1993 and the Selma Lagerlöf Literature Prize in 2002. 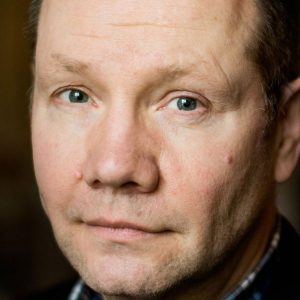