Nicolás ([birthday day=”30.01.1996″]) participated in our workshop in Madrid, Spain, in 2013. He attends Instituto de Educación Secundaria Ramiro de Maeztu in Madrid and is now inscribed in the Double Degree of Law and Political Science in the Carlos III University of Madrid. In the future he would like to work in international politics, either as a diplomat or for the EU. Accordingly he is interested in politics, traveling and meeting new people.

For me, Europe is…

…flexible, modern, open to the rest of the world, democratic, tolerant, multicultural and free.

I would solve the problem of the democratic deficit of the EU, enabling citizens to directly choose the President of the Commission, and reinforcing the power of the European Parliament.

Member of the Working Group on Diversity (since 2015) 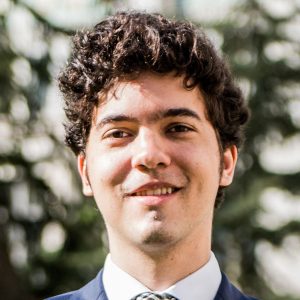