Carlos Silva Costa was born in 1949. Governor of the Banco de Portugal since 2010, he is a member of the Governing Council and of the General Council of the European Central Bank, of the General Board of the European Systemic Risk Board and of the Financial Stability Board Regional Consultative Group for Europe. He serves as Chairman of the National Council of Financial Supervisors and is honorary Vice-President of the European Investment Bank (EIB), Visiting Full Professor at the Portuguese Catholic University of Oporto and at the University of Aveiro, and Chairman of the Consultative Council at the School of Economics of the Portuguese Catholic University of Oporto. He graduated in Economics from the Faculty of Economics of Oporto University (1973). Among other positions, he served as Vice-President of the EIB, with responsibility for EIB funding and for EIB financing operations in large parts of the world (2006-10), Executive Director of Caixa Geral de Depósitos (2004-06), General Manager of Millennium BCP (2000-04) and member of the Board of Directors of the Euro Banking Association (2001-03). Previously, he served as Head of Cabinet of European Commissioner João de Deus Pinheiro (1993-99), as Coordinator of the Economic and Financial Affairs Department in the Portuguese Permanent Representation to the EU and member of the EU Economic Policy Committee (1986-92). He co-initiated a comprehensive reform of the legal framework of the Portuguese financial system in 1992. 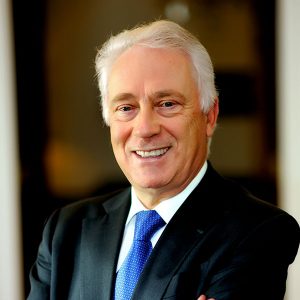