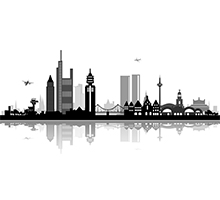 The first Get2Gather took place from Thursday 14 till Saturday 16 November 2013. What an amazing event we had here in Frankfurt am Main, City of the European Youth 2013 and home town to the Frankfurter Zukunftsrat! For this occasion, 45 young Europeans from ten European countries met to speak about the future of our continent. The Austrians, Bulgarians, French, Germans, Italians, Polish, Romanians, Spanish, Swiss and Turks had won the “My Europe” writing contests in their home countries and were thus invited to attend the Get2Gather.

Upon arrival in Frankfurt, the teenagers first participated in a workshop organized on the premises of the Frankfurter Zukunftsrat on Thursday 14 November. In the evening of the same day, they attended a round table discussion with Jean-Claude Trichet, Former President of the European Central Bank (ECB), who shared his experience and knowledge about the history and the working of this essential European institution. Kathrin Leeb (Treasurer and Member of the Board, ICCA) moderated the discussion.

The next day, the youths attended a press conference and presented their European Youth Manifesto – a document that gathers calls for action to improve the future of Europe in ten specific areas: Human Rights, Culture, Education, Employment, Environment, Immigration, Language, Violence & Crime, Energy and Security. The manifesto includes a foreword by Viviane Reding, Vice-President of the European Commission and patron of the initiative, stating: “I congratulate all the authors of the European Youth Manifesto for this comprehensive and rich contribution to the debate on what that Union should look like.”

The group afterwards discussed the importance of a European Union with Jean-François Jamet, Economist for the European Institutions and Fora Division at the ECB. Finally, at the heart of the Frankfurt’s historic city hall, the 45 students presented their calls for a better future and founded the Youth Council for the Future in the presence of European personalities such as Michael Gahler, member of the European Parliament. David Marsh (Chairman, Official Monetary and Financial Institutions Forum) moderated this gala event and Lars Thomsen (Chief Futurist, future matters) gave the keynote speech. Prof. Manfred Pohl, Founder and CEO of the Frankfurter Zukunftsrat e.V., underlined: “The European Youth Manifesto shows what is important to the young Europeans, what their concerns and their hopes are. In order to build the best possible future, we need to pay attention to them.”

But the Get2Gather was not “just” working time! Much fun and discovery were also on the agenda. For example, on Thursday the participants took part in a cooking session at the Best Western Hotel Friedberger Warte led by the Executive Chef Michael Nehrdich. On Friday, they went for a walking tour in the city center of Frankfurt learning about many secrets of the city where Goethe grew up and which almost became the capital of West Germany after the Second World War. In order to end this day on a high note, all participants were invited to the great gala in the prestigious Emperor’s Hall where 52 German kings were crowned. Finally, on Saturday, all participants went to the Frankfurt International Airport following an invitation from Fraport AG and had an amazing guided tour thanks to a passionate guide who knew (almost) everything about this unique airport and modern aviation.

Feedback from the participants:

“Thank you for having granted me with such a fantastic experience, one of the best of my life!” Julia Fuentes (Spain)

“Do not ever stop the “My Europe” initiative because it’s great, really!” Benedict Winkler (Austria)

“I think you’re doing a really good job here and that you should just continue like this. Also, the fact that you give us (the European Youth) the chance to have a voice, is absolutely incredible!” Clara Hachmann (Germany)

“It was so great to meet these people and I hope that we will stay in touch. I also hope that you will grow a big initiative. Don’t stop what you are doing, you really can become important and change something” Katarzyna Kujawa (Poland)