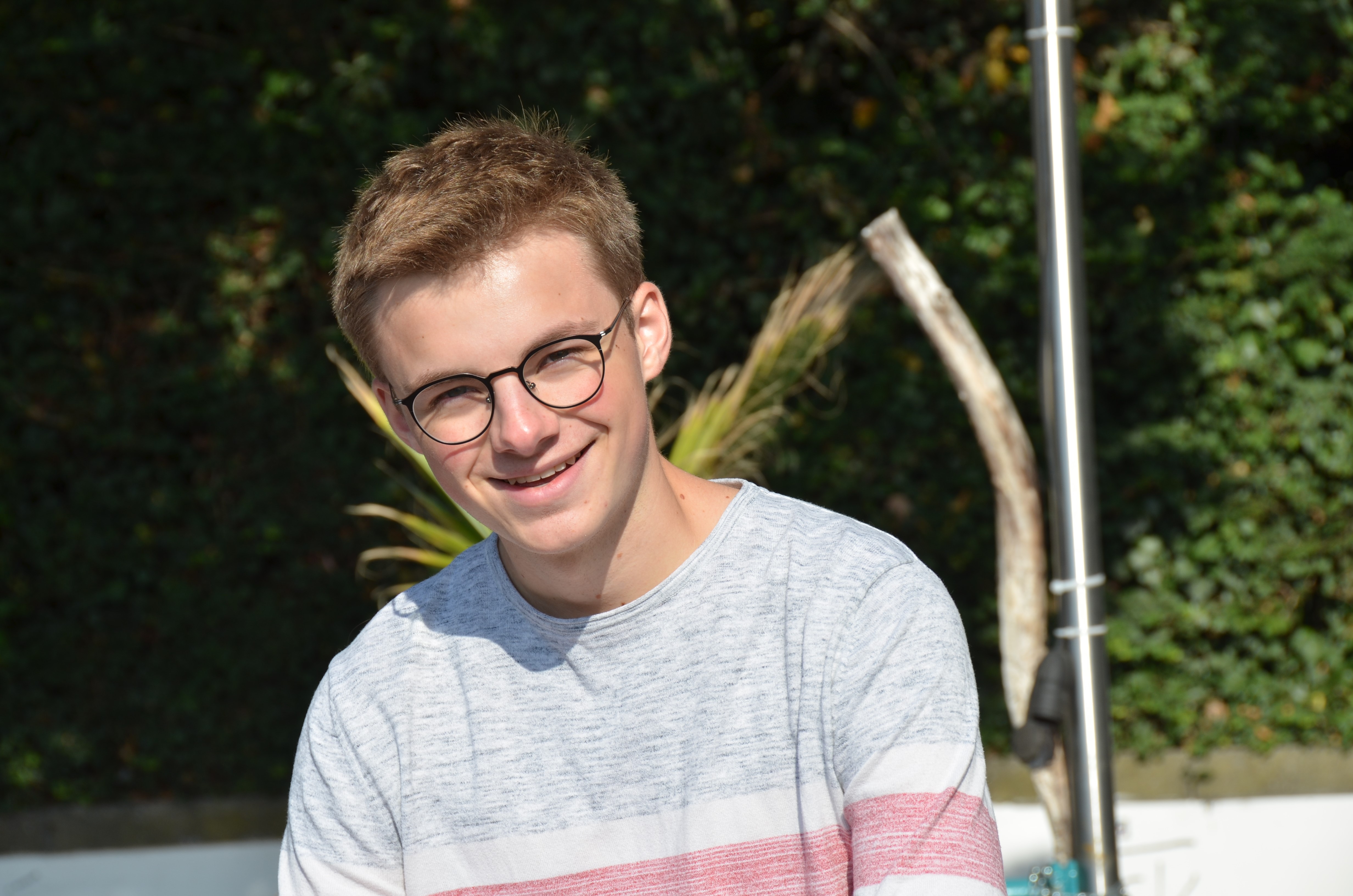 We’re about 40 young students, sitting in the biggest conference room of the IB Western Premier in Frankfurt. Eagerly, we’re waiting for the first speaker to arrive: Peter Feldmann, Lord Mayor of Frankfurt am Main.
Having gotten comfortable, we listen closely to the stories Mr. Feldmann tells us about the history of Frankfurt and why how its cosmopolitan-ness has influenced it over the centuries. After his talk, we get to ask him questions about what he just said and the city in general. The questions asked range from immigration to the divide between city and rural areas.
Following the Q&A session with the Lord Mayor, we listen to three talks by three young college students of the Youth Council. After each short presentation, there is another Q&A session about the topic.
First up, there’s Hazel English from Ireland who tells us something about the values and goals of the European Union. In the following discussion, we talk about what we think of the goals the EU has set and in what ways we would change them.
The second speaker is Nicolás Hernando de Larramendi from Spain who gives a presentation on the role of the media in elections and especially the role of social media, like Facebook or Instagram. The third speaker of the day is Shinouk Ettema who compares different educational systems across Europe on what they teach about the EU. As it later turns out, even within Frankfurt, we’re taught about the EU at different ages and in different levels of detail.
Having been fed lots of insightful information, we were hungry for something else — pizza. We went downstairs into the huge kitchen of the hotel and everyone made their own pizza (with a little help from the kitchen staff).

All in all, the first day was definitely a great success.

The second day, which is the “Creative Day”, we are put into random groups of eight and we work on the topics from the first day. Firstly, we are to make stickers or posters and design logos for a campaign to promote the European Elections on May 26. After a short period of getting to know each other, we turn up the productivity and get our creative juices flowing. The 45 minutes are over in a heartbeat and each group presents the stickers and logos they have designed. Every group has some ideas that are more than worthy of using as an official EU campaign. For the next creative challenge, the groups are once again shuffled. This time, each group receives an individual problem on which we have to create a multiple choice quiz and for which we are to find possible solutions.
After a lunch break with a buffet in the hotel restaurant, we return to our groups to present our results.
The quizzes create quite a couple of ahs and ohs: who knew there were only 14 European Schools in Europe, and more than 250 official dialects are spoken in Europe?
To sum up what we have all learned through the workshop, we all answer the question “what does the EU mean to me?”, first in our respective groups and then as a group to the others.

We leave the workshop with a feeling of encouragement, of positivity looking at the future of Europe: the young generation are passionate about the EU and, while we are almost all convinced by the concept of a European Union, we also think that there is a lot of room to improve. And this is the message we want to spread to the world: we want to make Europe our Europe!